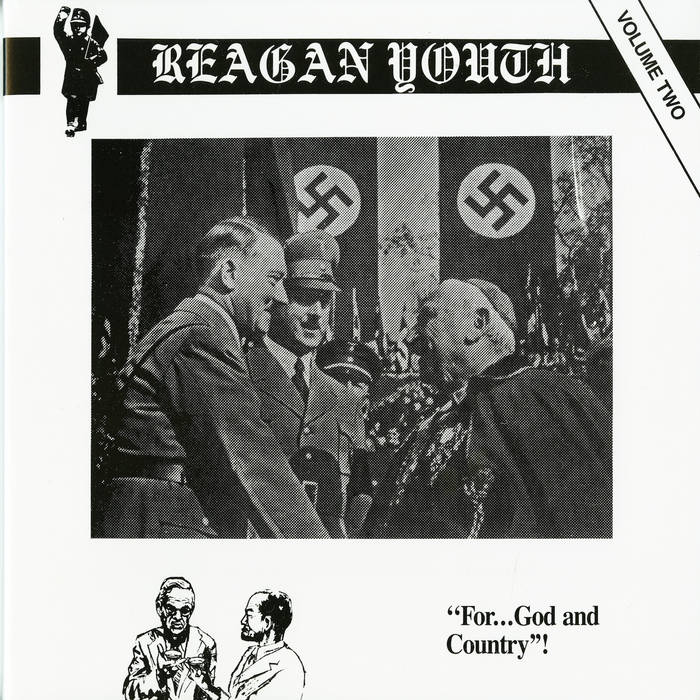 Reagan Youth is an American punk rock band formed by singer Dave Rubinstein (Dave Insurgent) and guitarist Paul Bakija (Paul Cripple) in Queens, New York in early 1980. They were one of the first hardcore bands on the East Coast punk scene[citation needed], and also part of the anarcho-punk movement. As committed political anarchists, their name critiques fervor for then-presidential....... ... more

Bandcamp Daily  your guide to the world of Bandcamp

MF DOOM is given his flowers, plus appearances from MC Jada Imani and Stanley Ipkuss